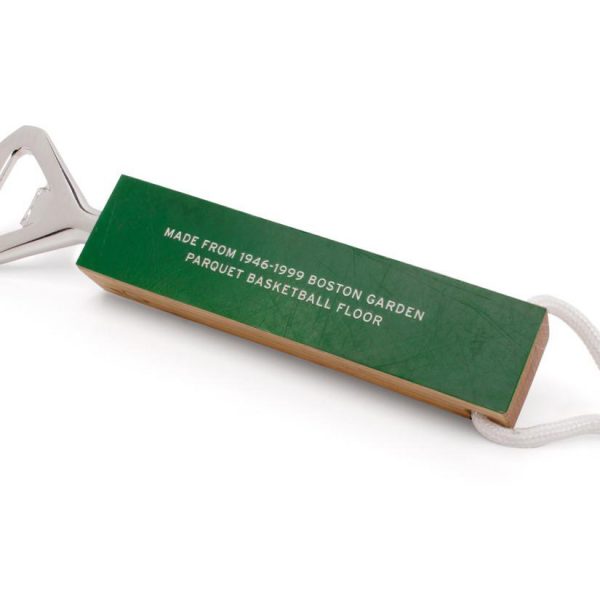 This bottle opener is crafted from authentic Boston Garden parquet basketball floor which was in use from 1946-1999.   Wood features scuffs and scratches of the floor on which the Celtics won 16 of their 17 Championships.  Quality nickel-plated hardware. Measures 6-1/2″ and engraved with arena name.  After Boston Garden held its last basketball game in May of 1995, the parquet floor moved to the newly opened Fleet Center where it was used until Dec of 1999. Tokens & Icons acquired the last 9 of 11 panels of this 1946 -1999 parquet floor directly from TD Garden in 2010.

Officially licensed by TD Garden, each bottle opener comes gift-boxed with a Certificate of Authenticity.

Boston Garden opened in 1928 and was originally named Boston Madison Square Garden as it was designed by Tex Rickard built the third Madison Square Garden. Rickard, who also promoted boxing, aimed to build an arena with this sport in mind. Thus fans were very close to the action and this, combined with the Celtics’ supposed ability to know where a ball would bounce on the iconic parquet floor, was thought to have contributed to the team’s hometown advantage. The parquet floor was originally built in the Boston Arena and moved to the Garden in 1952. When Boston Garden held its last basketball game in May of 1995, the parquet floor moved to the newly opened FleetCenter where it was used until Dec of 1999. In 2010, Tokens & Icons was selected by the arena’s management to celebrate the storied basketball floor. Eleven five-foot square pieces remained and Tokens was entrusted with nine of them. These parquet panels have been used to craft this item. Boston Garden hosted nineteen NBA Finals, of which the team won sixteen, four NBA All-Star games and was the first arena to host the NBA and Stanley Cup Finals in 1957. For more information, please visit Boston Garden Authentication. 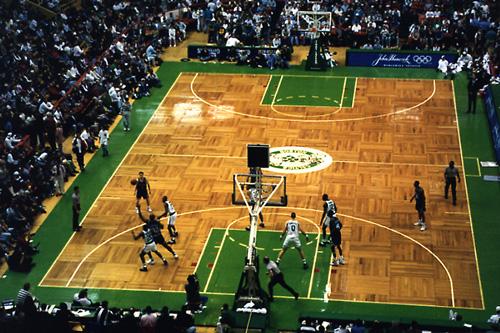 There are no reviews yet.

Only logged in customers who have purchased this product may write a review.

Your item has been added to cart.